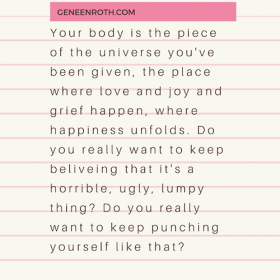 Join Geneen for a short talk and guided meditation. These times are filled with challenges and a whole world of thoughts and feelings that emerge from meeting the daily happenings, both inside our bodies and outside, in our relationships and the world itself. On Thursday, Oct. 29, we'll take time together to remember and steep in what we love. [...] 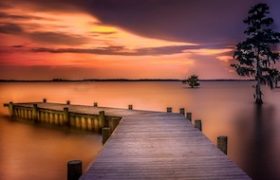 Late last year a mammogram revealed cancer in my left breast. I haven’t written about it because I’ve wanted to keep sitting with the ripples of it—the shock, the fear, the openings. It’s been a life-altering process on so many levels, not the least of which has been the reminder that my life could end at any time. [...] 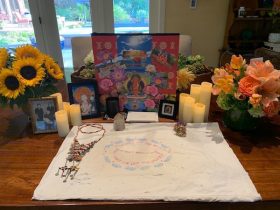 We had a beautiful Zoom retreat …

last weekend. And, I have to say, it surpassed any expectations I had for the kind of intimacy and connection that was there, for all to have, screen to screen. Although I know that we got what we got and Zoom is what we got, the retreat penetrated the layers of what keeps us running in place when it comes to compulsive eating and/or our day-to-day lives.

What was extraordinary about meeting this way was that people got to see what they were like in their own homes, rather than having to go away to a retreat center (although that has its many advantages as well). What was like to be in their own kitchen? Was it possible to come back home, to center, in the midst of what we usually consider a jumble of obligations, emails to answer, being with children and spouses? Where is the refuge in one’s own home? I like that question a lot, since most of us are spending a lot of time now at home.

For the last few days, for instance, I took two digital-free days. It felt like I was on a beach in Hawaii. (Okay, not exactly on a beach, but the freedom I felt, the lack of agitation and pressure to respond was extraordinary). And it reminded me that I take myself with me everywhere and that it’s possible, right here, right now to make a choice or a series of choices, no matter what has come before, to calm this hypervigilant nervous system down. I could decide not to look at my phone or computer before 10 am. Wow. Talk about radical. I could limit the amount of time I spend on my devices—and in so doing, choose a kind of smooth, fluid way of going through my days instead of the knee-jerk check my devices every few hours.

I realized in the two free days that when I am constantly on the internet, I am like a lake that is also ruffled on the surface. Wave after wavelet, they keep coming. Until I choose to remove the source of agitation and question the mind that believes it’s necessary to stay so connected. (Connected to what is another question. The endless parade of news stories? More shiny pictures that have nothing to do with my life?). I’m thinking of you all and your own refuges and wishing you the ease of creating ones for yourself. 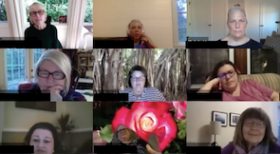 The difference between a diet and a food plan …

I’ve been thinking about the difference between a diet and a food plan. Now I realize that most people conflate the two and that this is a longer discussion, but for the moment, I want to offer this: a diet, the way we usually think of it, is a prescribed way of eating that is most often imposed on us by an external authority. That authority can be the author of a book, or a medical professional, or a friend or something we’ve read about on Facebook or Instagram.

It’s not until we take it on ourselves—the place where that external authority meets our internalized authoritarian part and they meld together—that it becomes a conundrum. Why? Because that part is most often rigid, harsh and punishing and requires the presence of another part—a child part—to be effective. And to be obeyed. Until of course, that child part says “I’ve had enough. Give me some chocolate mousse. A few tubs of it, please.” Thus, we enter the binge phase. When I first said that “for every diet there is an equal and opposite binge,” I was referring to this dynamic. Cowering child and parentified critic. In this dynamic, no adult is present. Trust never develops because we’re bouncing back and forth between two child parts.

Another option is to call on the adult to consider a food plan that is based on our actual bodies’ needs. Sanity. Wisdom. And to ask, what actually feeds me? What gives me energy? What takes it away? And sometimes, of course, the answer is not particularly of your liking. Or more specifically, the rebellious child’s liking. I want. I need. I have to have. Those are all statements of that child who wants what she wants and that’s that. No thought of what sustains life and depresses it. More about this another time, but I wanted to get the conversation going... 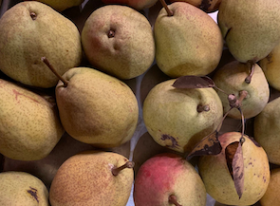 When I first met Jace …

my roommate in college, I disliked her instantly. (And the feeling was mutual). She was everything I wasn’t: calm, measured, curious, from a happy family, uninterested in makeup and image). Then, during the first month we roomed together in Butler Dorm on Mc Alister Drive in New Orleans, I fell in love with her. Or maybe it would be more accurate to say that for the first time in my life, I felt loved and seen by another human being.

I’d come in from a date and she’d ask me how it was, where we went, how I felt. No one as far as I remembered had shown that kind of interest in me and for the first few weeks, I thought she was pretending. I didn’t believe her. Why, I wondered, would she care about me? But she was so constant, so persistent in her interest and care, that she wore my defenses down. I finally started to let her in. To believe that she wasn’t pretending and she wasn’t going away.

She was my first real friend. And after fifty years of friendship (OMG. Fifty years. But seriously, I seemed to have so much more hair!), we are still best friends. We still talk in shorthand. She knew my father, knows my mother, brother. And although her parents have been dead for more than thirty years, we still refer to them as Mo and Flo (short for Morris and Flora, the quintessential Jewish parents. To wit: Flora would freeze turkeys and roast beefs for us, pack them in Jace’s suitcase, so that we wouldn’t starve back in New Orleans, although each of us had gained ten pounds in a flash during our beignet-eating contests at Cafe Du Monde in the French Quarter. I always won those contests, as I could inhale thirteen donuts in a few minutes, after which I’d emerge victorious, nauseated and covered in powdered sugar).

This photo was taken at the surprise birthday party Jace gave for me—a birthday I had made up because my real birthday, in August, was at a time when school wasn’t in session and I wanted to have a birthday when everyone was around. So we decided, she and I, that I could have November 13 as my birthday. She decorated the common room at Butler dorm and invited all our friends and we pretended (um, lied) for four years that I was born in November.

I did many firsts with Jace: got drunk for the first time on Cold Duck fake champagne, traipsed across Europe at five dollars a day (and ate an entire box of Baci chocolate kisses when I thought we were going to die on a small plane from Pisa so why not eat five pounds of sweets if these were my last moments on earth?), and processed what it was like to lose my virginity with Fred Bernstein. When years later, I wanted to crash Fred’s wedding, dressed incognito in a huge black hat, black long gloves and a dramatic Morticia Adams-like dress, Jace practically hand-cuffed me and kept me occupied so that I wouldn’t drive to Connecticut and beg him to take me back when the rabbi asked anyone to speak now or forever hold their peace.

Anyway, today is Jace’s birthday and I wanted to pay tribute to our friendship and to friendship in general. C. S. Lewis said that “A friend remembers the song in your heart and can sing it back to you when you have forgotten the words.” May be we all so blessed as to have even one true friend. 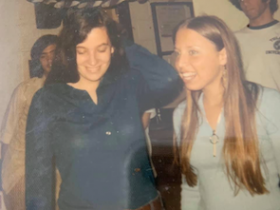 I was reminded of the days …

A friend sent me this picture yesterday, and I was reminded of the days during which the photo was taken. When I first met Matt, he had a group of friends who would go away together twice a year to a place in Sonoma called Rainbow Ranch. I never thought those days would end. Long-haired, young, early days with Matt days. And I was reminded how everything ends. Everything. If I had realized then that those days were going to end, I think I would have appreciated them more. The singing. The dancing. The smell of that dry air in May. Matt in his red shorts going running every morning. Then I thought about these days. Pandemic days—and how they too will end sometime. And how, if possible, I want to remember that no matter what, these are the good old days because I’m alive. I’m breathing. I can still hold Matt’s hand, do puppy bows with Izzy, see the stars at night. Returning again and again to the abundance of this moment. To the oxygen that is free. To the ground that holds me. And to those, and to you who reads these posts, I say thank you thank you thank you. 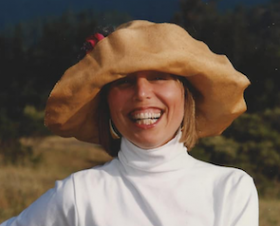 One of my everyday practices …

I do no matter what is taking in the good, which means looking and actually seeing what I’m looking at. Taking a few breaths—at least three—and allowing what I am seeing (or hearing or touching) to sink in. Otherwise, I go through life rushing from here to there and being nowhere as I do. (And, in fact, when I get wherever there is, if I stay in the same “more is better. This isn’t enough” mentality, I’m never anywhere at all because the next thing will be better. That’s how most of us live. The big self-improvement project. The belief that when we fix that, have that, achiever that, lose ten pounds, exercise more, we will be happy. It’s such a recipe for continued disappointment and dissatisfaction). So, everyday, I make it a priority—really a priority— to take in beauty or the ordinary magic of say, a cloud. A strawberry. The wag of Izzy’s tail. The feel of the wind on my face. And at the end of the day, as I mentioned on the meditation call last night, Matt and I will spend time recounting the lovelies from the day. I walked around our house yesterday, determined to photograph everything that lifted my heart. There were too many things, but I wanted to show you a pastiche of some of them. You could do the same thing. Take three breaths while taking in the good of what you see. Allow yourself to be moved, your brain to rewire itself from its constant thrum of negativity and repetitive thoughts to the lovelies that are waiting for you to notice them.There are always lovelies. 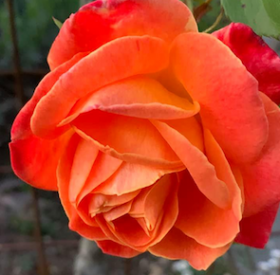