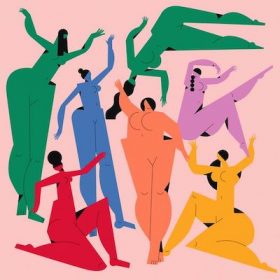 The Exquisite Language of Emotional Eating

A few years ago, I worked with a woman who had decided to stop her nighttime bingeing by locking her food in cabinets and giving her husband the key. “It sounded like a perfect plan,” she said, “until I spent the hours after my husband went to sleep searching through his pockets, his drawers, and his briefcase hunting for the key. When I couldn’t find it, I’d take safety pins and tiny screwdrivers and I’d work the lock until it opened. I felt like a thief with a pounding heart and sweaty hands, frantically trying to get to the stash of diamonds before the owners came home. When I finally got to the cookies and cakes, I’d eat most of them, put the locks back on, and, in the morning, pretend nothing had happened.”

I hear stories like this every day from people who tell me they are longing to feel better about themselves and that the extra weight they are carrying is ruining their lives. And then, like the Cookie Burglar, they spend most of their free time planning a binge, bingeing, and feeling awful afterward. (You probably have your own version of binge burglary.)

At some point, you have to ask yourself what’s going on when it seems as if you’d give your right arm to lose weight and then find yourself breaking locks at 3 in the morning to get to the coffee cake.

Clue: The answer is not that you are crazy, lacking in willpower, or forever doomed to having thunder thighs. Despite all evidence to the contrary, there are always exquisitely good reasons why you turn to food when you’re not hungry.

I realize that considering the benefits you get from bingeing and being overweight feels counterintuitive. I can hear you thinking the same things that the women in my workshops say the first time I ask these questions: There are no good reasons. Can’t you see that this is making me miserable? Don’t you understand how much better my life would be if I lost weight?

And my answer is: Yes, I do see how miserable you are, and yes, I also understand that many parts of your life would be better if you lost weight. But unfortunately, the parts that would be better are not the parts that are bingeing, and in order to stop the bingeing, we have to address how it is helping, not hurting you. Why? Because if it weren’t helping you in some fundamental way, you’d stop.

Regardless of how it may appear, what we do really does make sense. Our actions — especially with food — are inherently sane. In fact, they are expressions of our brilliance at getting our needs met.

Emotional eating is a language of its own, like hieroglyphics or braille. Instead of trying to understand it, we’re more likely to try to ignore it or shut it up. But we can’t rid ourselves of emotional eating until we listen to what it has to say. Our relationship with food is expressing a true need, so unless we learn what it’s trying to tell us, permanent weight loss will be impossible. Once we “get it” and understand the needs that food fulfills, emotional eating, having served its purpose, will stop.

When I was at my fattest, when I only had one dress to wear in mid-December (a summer dress with an elastic waist and a flouncy, expandable skirt), I realized that my apparently insane eating was trying to get my attention. It became clear that because it was so tenacious, it must have something to teach me that I wasn’t learning in other, more subtle ways. So I sat down and wrote what I called “A Fat Dialogue.”

It was like writing a play for two characters: Me and Fat. I started out by asking my fat what it wanted from me. It rambled on about wanting my attention, then ended up telling me something that forever changed my life: It told me that as long as I was thin, I would be flinging myself at someone who lived across the country, didn’t love me, or was otherwise unsuitable. When those words came unsuspectingly out of my pen, I was stunned. I was also nailed.

It turns out that ol’ Fat knew exactly what it was doing. I was single then, a penniless upstart who had the bad habit of getting involved with unavailable men and then making it my life’s work to convince them to love me. Not exactly a promising occupation. My fat seemed to have found the perfect way — being overweight — for me to concentrate on what I needed to be doing: writing, establishing a career, and supporting myself. When I was fat, I felt so unattractive that I kept to myself and concentrated on my work. Being fat was a brilliant, unconscious maneuver that allowed me to make enough money to pay the rent. I could have lost weight 900 times, but I would have gained it back 901 times until I understood the message I couldn’t seem to hear any other way.

Within a short time after writing that dialogue, I resolved to devote my attention to writing and teaching instead of flinging and convincing. I stopped needing the suffering of bingeing and extra weight to get my attention and I started losing weight. And buying clothes with real waists.

My friend, the Cookie Burglar, upon asking herself how her bingeing was helping her, discovered how bored she was in her life. Her kids had gone to college, she didn’t have a job. “I am like the Energizer Bunny without a direction,” she said. “At least breaking those locks is a challenge, and when I finally accomplish it, I feel victorious.” I asked her to name what she would do if she could do anything in the world. “I would sing,” she said. “I would get up onstage and belt out some Supremes songs.” I encouraged her to, at the very least, get a home karaoke machine, stand on a table, and croon at the top of her lungs. Take lessons, I said. Make a home CD. Check out local choirs or clubs or singing groups. I urged her to stop — bingeing — in the name of love and take the direct route to her heart’s desire.

Ask yourself now what your weight might want you to know that you have been ignoring. Write a fat dialogue. Discover how your fat is helping you. Learn the language your body has been speaking for years. Take a chance that you are more brilliant than you’ve ever imagined in designing this thing you call your weight problem. You have nothing to lose except your suffering. Every last ounce of it.